Many companies cannot simply move to public cloud due to challenges involving the regulatory nature of their data, data sovereignty laws requiring data to stay in country of origin, and the complexities of systems entanglement present in enterprise architectures. Systems entanglement happens because individual applications are coupled to others in such a way that changes to one impact the others, thereby complicating a move to public cloud.  To mitigate these challenges while providing customers the benefits of cloud self-service and a pay-per-use financial model, Oracle introduced Exadata Cloud@Customer in 2017, bringing the cloud to customers who cannot simply transform to public cloud.

With the introduction of Oracle Autonomous Database on Exadata Cloud@Customer (ADB-ExaC@C), the responsibility for managing both the infrastructure and the database software is transferred to Oracle’s autonomous operations and Oracle becomes responsible and accountable for the health and lifecycle operations of the databases. Exadata Cloud@Customer enables users of Autonomous Database to take advantage of their architectural Identicality with Oracle public cloud and the Cloud@Customer experience on-premises in the customer data center. Architectural Identicality enables hybrid usage such as development and stress testing in public cloud with production deployment on-premises.  Further, Autonomous Database is uniquely elastic in that it can auto-scale up and down based on the real-time incoming workload while staying completely online, thus enabling a true pay-per-use model for ADB-ExaC@C users.  The Autonomous Database also handles workload isolation and dynamic resource allocations to prevent the underutilization of physical resources and further optimize costs.  These ADB-ExaC@C capabilities mean users no longer have to worry about administrative tasks such as database updates or security patching which are handled by Oracle’s autonomous fleet operations.  Customers simply put autonomous operational policies in place and the autonomous software layers operate within the guidelines of the policies and the end result is a database cloud in the customer data center that provides governance and best practices for IT while delivering independence, agility and complete self-service for developers and line of business DBAs.

Getting started with Autonomous Database on Exadata Cloud@Customer

An IT Fleet group is created and allocates VM Clusters and Database Containers for the business, separating out dev-test, pre-production, and production environments according to best practices.  Project team developers and/or DBAs are given access to specific labeled environments with quotas settled on by organizational budgeting plans.  The developers and DBA’s self-service Autonomous Database within the limits of their issued quota and are free to create, start, stop, scale, clone, terminate and other actions on their Autonomous Databases completely independent of the Fleet Admin group.  It’s possible for developers to get a mission-critical Autonomous Database with the click of a button or the call of a CLI or REST command in what amounts to seconds.

Autonomous Database on Exadata Cloud@Customer solves the regulatory and systems entanglement challenges some customers have that prevent a move to a public cloud. It brings the benefits sought after in a cloud based database solution right to their data center.  It gives customers a complete self-service database capability implementing Oracle best practices in a self-managed, autonomous solution. Autonomous Database on Exadata Cloud@Customer enables the simplest transformation to database cloud, optimizing cost thru true pay-per-use,  eliminating manual labor and human errors with a machine learning based self-driving, self-securing and self-repairing database. 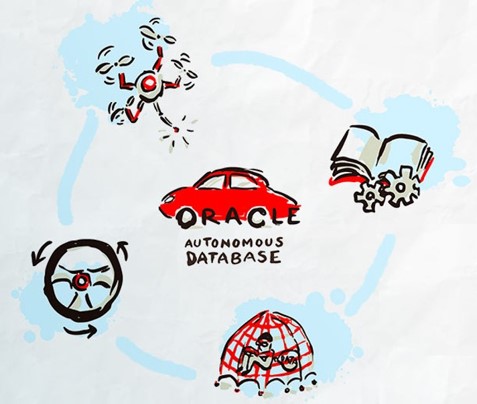 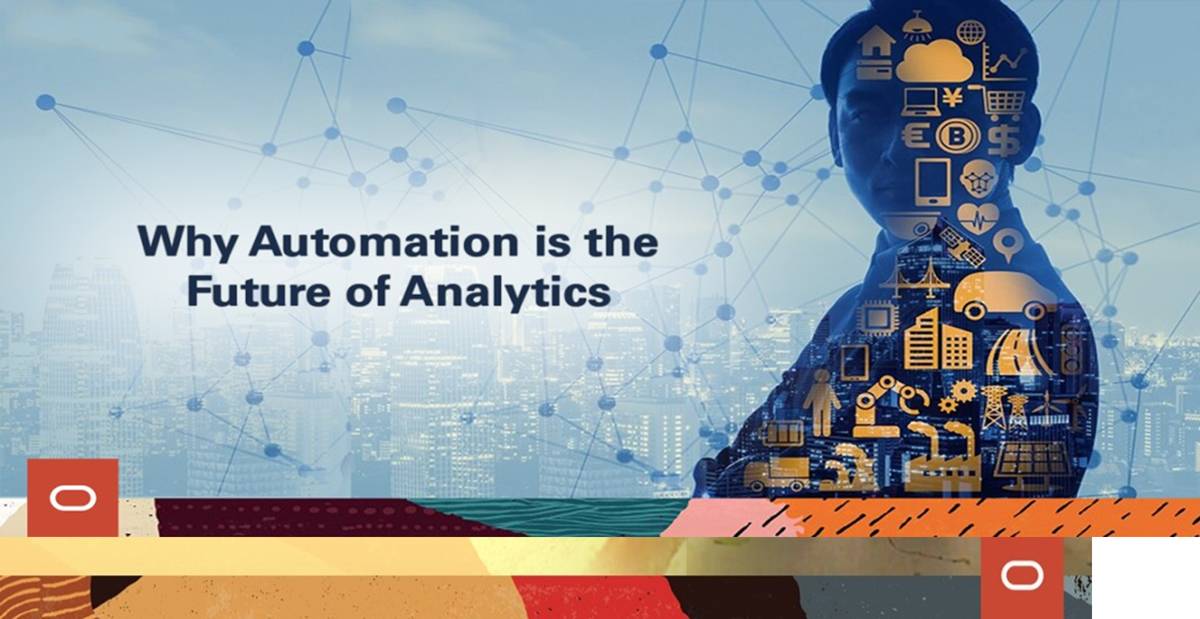 Moving to the Cloud with Oracle and Interdist Alliances 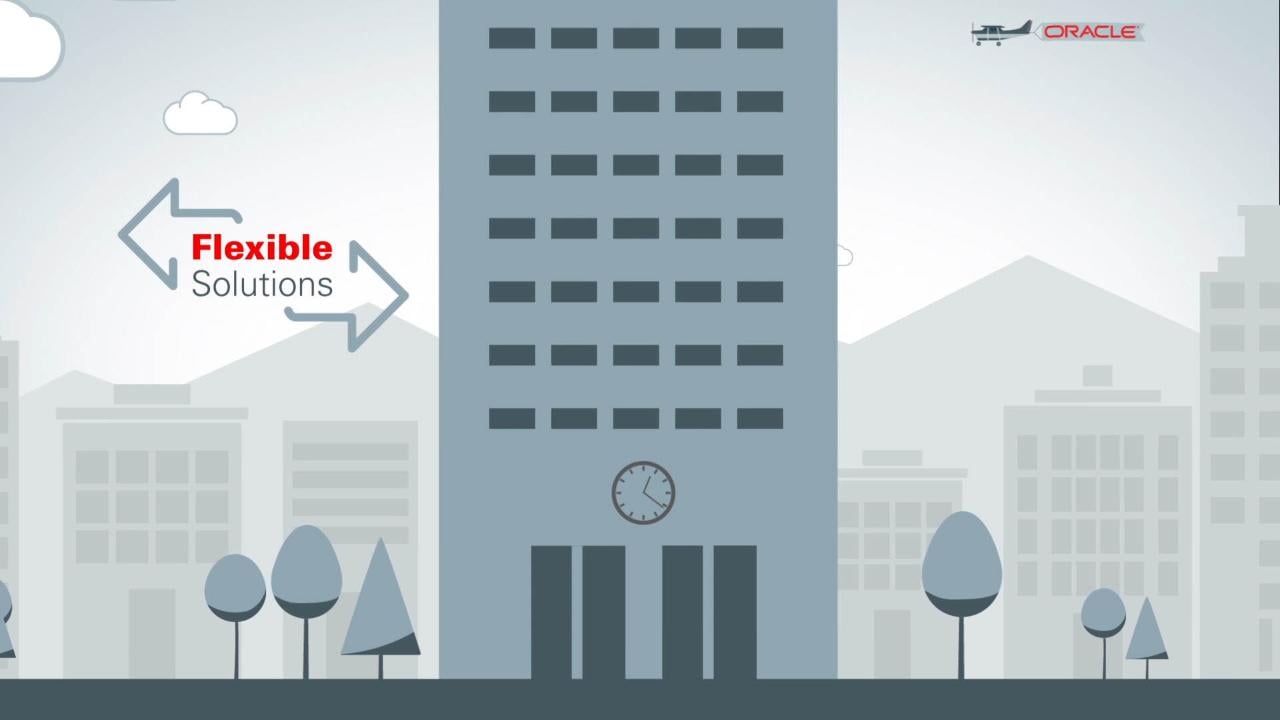 The right Cloud infrastructure can unlock endless opportunity for your business―from reduced expenditure to data-driven insights. Find out how with our guide for CIOs.
#oracle #cloudcomputing #interdistalliances #yournumberonedistributor

How AI is Reshaping the Way We Work 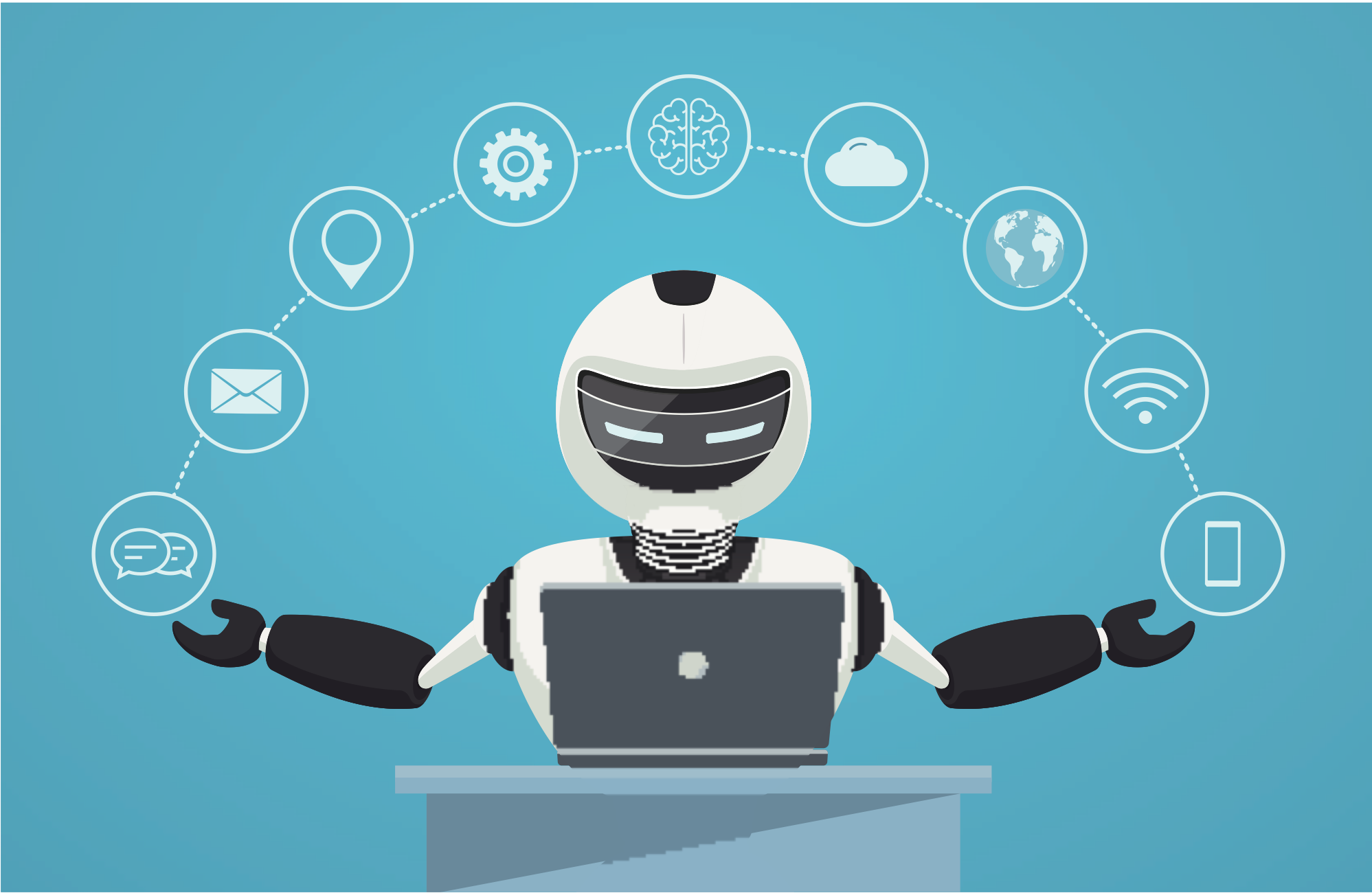 Discover 3 ways CIOs should be rethinking their technology for the new age of automation―and how Oracle’s next-generation Cloud can increase productivity while reducing costs.
#oracle #cloudcomputing #interdistalliances #yournumberonedistributor

Oracle’s Top 10 Predictions for the future of Cloud computing

Next-generation Cloud models will drive more enterprises than ever by 2025―enabling unprecedented degrees of automation and agility. Stay ahead with Oracle’s Top 10 Predictions for the future of Cloud computing.
#oracle #cloudcomputing #interdistalliances #yournumberonedistributor

Any user, including developers, technical professionals, architects, students and professors, will have quick and easy access to more than 50 hours of online training and 6 certification exams.

Many IT leaders are tentative about moving critical database assets to the cloud, and justifiably so, as they have experienced less than stellar results and seen the limitations of popular commodity cloud solutions.

Achieve enterprise-level scalability, security, performance, and automation at a level that often exceeds what you can achieve in your own data centre. That’s the power of Oracle Autonomous Database, run on Oracle Cloud Infrastructure, a second-generation cloud offering that uses AI and Machine Learning. 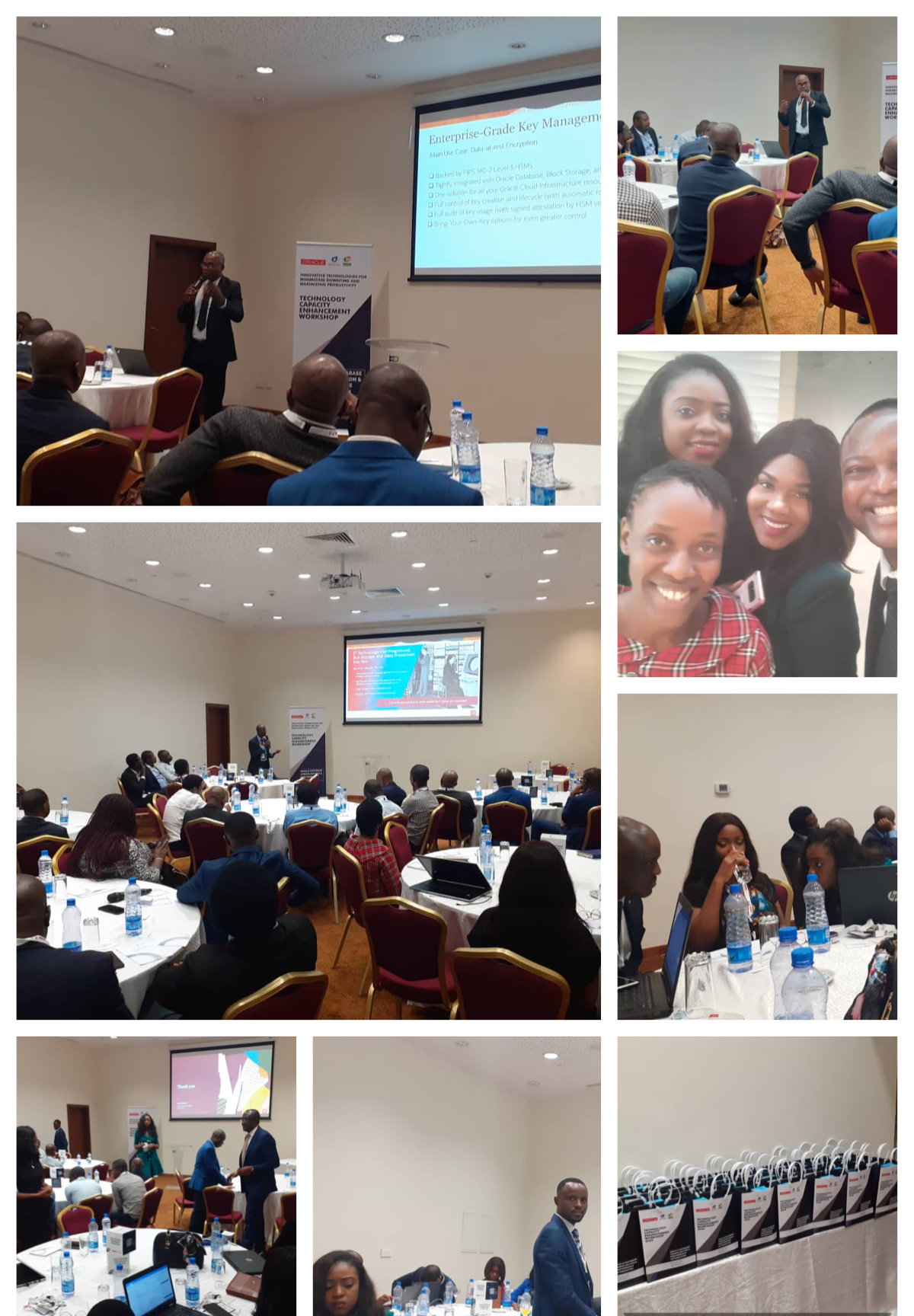 Thank you to all who attended the Interdist Alliances, DataFlex and Oracle event today 10th March 2020 at Eko hotel in Lagos, Nigeria.

Oracle’s zero Data Loss Recovery Appliance (ZDLRA) is a cloud scale engineered system designed to dramatically eliminate data loss and reduce data protection for all Oracle databases in the enterprise. It is integrated with Oracle Enterprise Manager and Recovery Manager, it enables a backup strategy with assured recoverability.

Consolidating databases into a single set of computing infrastructure, allowing more databases to run on fewer servers. This clustering capability is highly adaptable to all your meeting business needs. 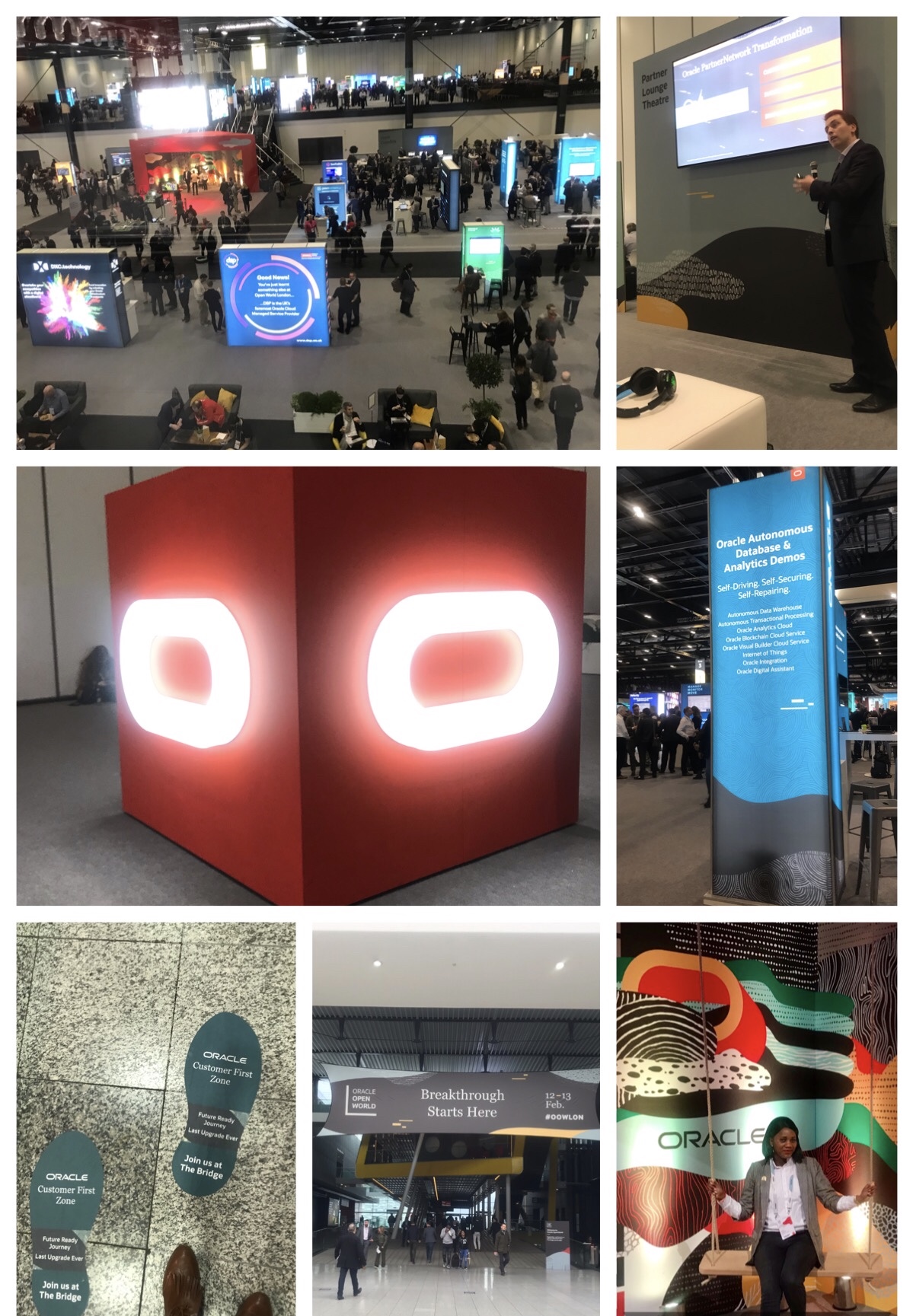 It has been a fantastic day at #Oracle #openworld #london #OOWLO 2020. Keynote sessions and deep discussions around the accelerating pace of change, autonomous technologies, modernised Oracle Partner Program ,enablers and benefits.